How did this happen? Drunk again before noon, my pockets filled with all the cigarettes I'd been given but don't smoke.

I heard the explosions assuming it was farmers scaring away ducks, but hiking back to the hostel we found a parade. I looked in the fireworks man's bag and he smiled handing me a lighter and some stuff way too powerful for the Fourth of July. We were a part of the party - which turned out to really be a funeral. The mood seem positive though, it was filled with traditional music, laughter, fireworks, food, and probably 10 liters of homebrews baijiu.

We pressed on, hiking through fields, getting forced more and more bowls of alchohol. Eventually the burial was complete and I thought we were safe from more drinks, but back in the village we were shown into a huge room with a bunch of BBQs and even more baijiu, beer and them asking for "photo! photo!".

A crazy morning with the Yao people. 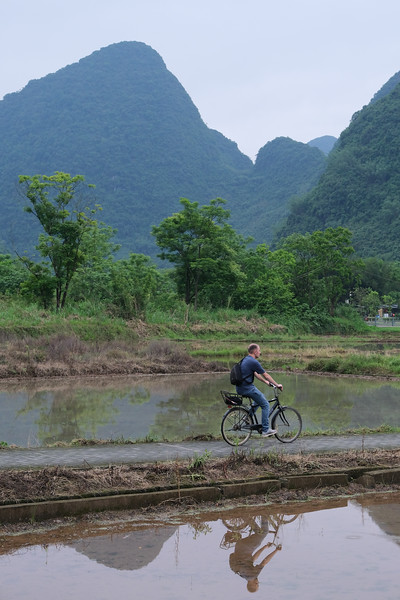